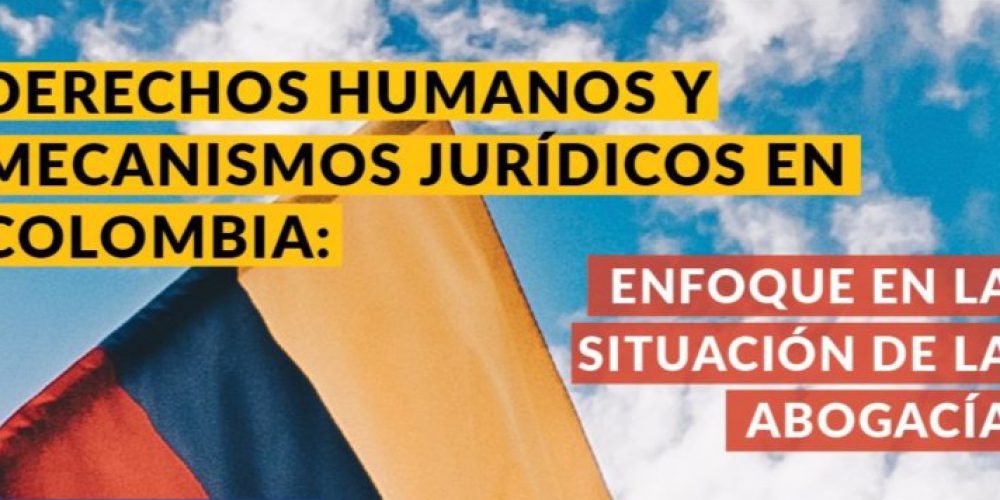 Webinar: Human Rights and Legal Mechanisms in Colombia: a special focus on the situation of the legal profession

Since the signing of the Peace Agreement on November 24, 2016, more than 350 social leaders have been murdered. Given this panorama, it is worrisome that there is no political solution in sight, nor are there any changes in the functioning of the justice system that would allow confidence in a prompt and effective investigation of the crimes that are continually occurring. This includes the massacres of young people that have recently shaken national and foreign public opinion.

Empirical evidence based on observation, documentation, and analysis of continuous violations shows us that there are multiple interrelated causes that end up mapping out a society with an unacceptable degree of social and political conflict. For this reason, the situation of risk faced by human rights defenders in Colombia is a cause for concern that deserves special attention from those individuals and entities that follow up on an issue, the persistence of violence, which presents multiple factors that continue to fuel it.

In this context, the work carried out by individuals and groups that carry out legal work and often operate at the level of civil society is vital to promoting compliance with the law, the fight against impunity, and access to justice for victims of serious human rights violations. It addresses situations of persecution, harassment at the hands of non-state actors, or acts of illegal espionage by the public forces.

In addition to the above, there are situations such as the continued attempts to discredit the work of the Supreme Court of Justice in carrying out the investigation in Case 52,240, which is the subject of Mr. Alvaro Uribe and Mr. Alvaro Hernan Prada. Or the questioning of the judicial and extrajudicial instances contemplated in the Integral System of Truth, Justice, Reparation and Measures of Non-Repetition.

This necessarily leads us to listen to those in the public or private sphere who are making continuous efforts to ensure access to justice for the victims and respect for the principle of legality.  This requires compliance with the obligations signed by Colombia at the national, regional and international levels. 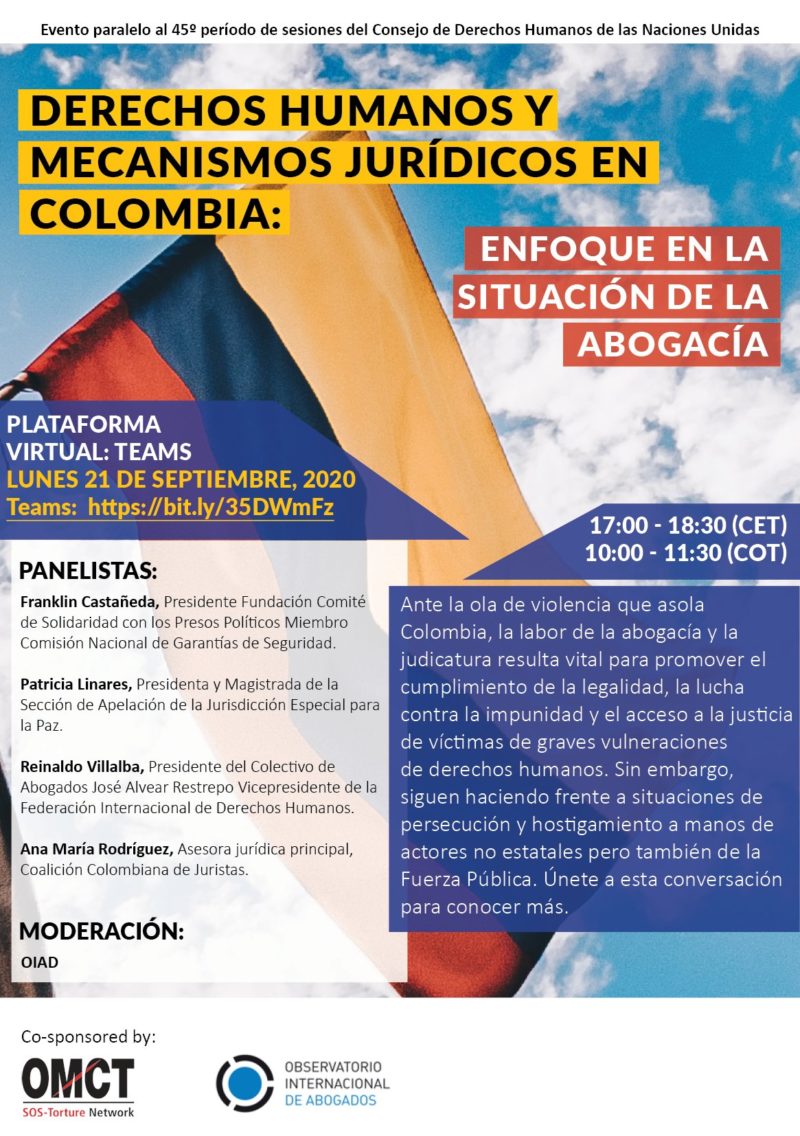