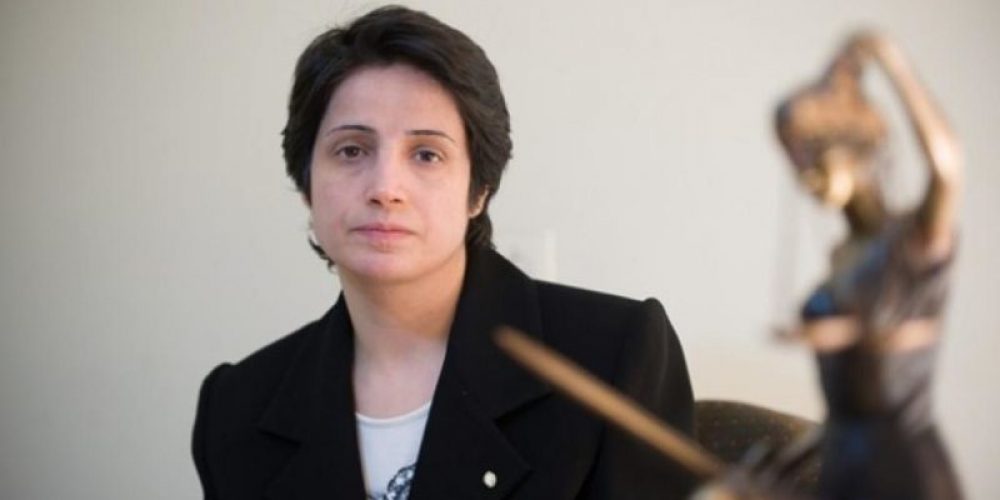 The Iranian lawyer Nasrin Sotoudeh nominated for the Freedom Prize Let’s vote for her!

“Open to young people from all over the world, the Freedom Prize is an initiative which aims to raise awareness of freedom, peace and Human rights, inspired by the values of the D-Day landings of June 6th 1944 in Normandy.”

Created by the Region of Normandy and the International Institute for Human Rights and Peace, the Freedom Prize honours a person engaged in a fight for freedom and human rights. This prize, following in the footsteps of those who have fought for this ideal, is special as it only involves young people between 15 and 25 years of age. The international jury and the voters are young people from all over the world.

This year, one of the three nominees for the 2020 Freedom Prize is Iranian lawyer Nasrin Sotoudeh. A member of the bar since 1995, she has dedicated part of her career to the defence of women and children who are victims of domestic violence but also to the defence of several Iranian activists and journalists. Her first cases were those of young people sentenced to death for acts committed when they were minors. Throughout her career, Nasrin Sotoudeh has also defended women victims of acid attacks, religious minorities and various human rights campaigns, including the one for the abolition of the death penalty.

Her work for human rights has already earned her the European Parliament’s Sakharov Prize in 2012, the Ludovic Trarieux International Human Rights Prize in 2018 and the Council of Bars and Law Societies of Europe (CCBE) Human Rights Award in 2019 along with three other imprisoned Iranian colleagues.

In 2019, Nasrin Sotoudeh was sentenced to 148 lashes and 38 and a half years in prison, among them 12 years for defending young women who demonstrated against mandatory hijab.  This latest judgment is one more step in the long repression suffered by the lawyer. She had indeed already spent years in prison between 2010 and 2013 for defending political prisoners. However, Nasrin Sotoudeh remains a strong pacifist. In April 2019 she wrote from her cell: “I truly hope that we can use peaceful means to put an end to the deprivation of women’s rights in all countries in which half of the population is deprived of its human rights in the name of an ideology, religion or ethics“.

For her courageous fight for human rights and despite the particularly difficult conditions of her detention, this lawyer deserves your support and your vote.