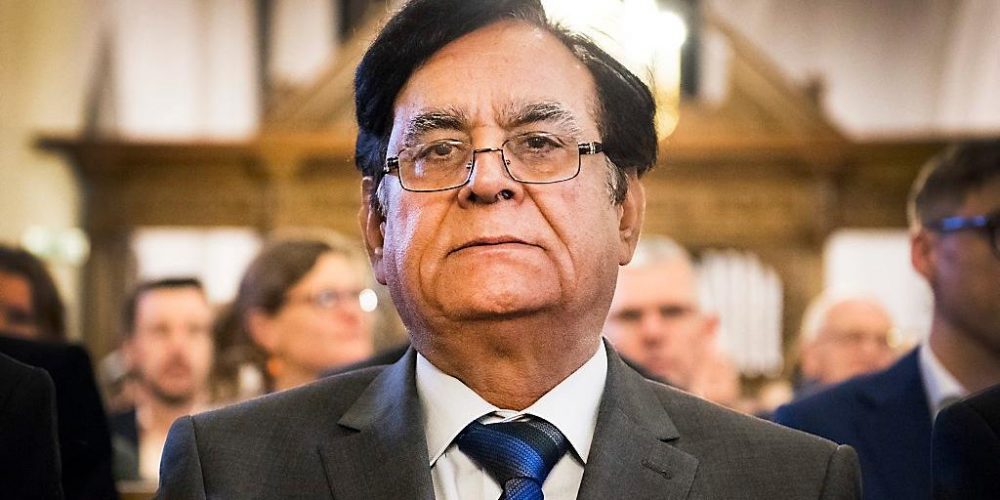 The OIAD, which gathers some forty bar associations from France, Italy, Spain, Switzerland, Belgium, Germany, Cameroon and Turkey, has decided to support lawyer Saïf ul-Malook by nominating him for the American Bar Association Human Rights Award.

This award is organized each year to honor and give public recognition to an individual or organization that has made an exceptional contribution to the advancement of human rights. Saudi lawyer Waleed Abu al-Khair and Sudanese lawyer Abdelrahman Al Gasim were awarded in 2019 and 2018 respectively for their human rights work.

Lawyer Saïf ul-Malook has been involved in a number of emblematic defence cases in Pakistan:

In 2011, Saïf ul-Malook was special prosecutor in the case of Salman Taseer, governor of Punjab. His bodyguard, Mumtaz Qadri, murdered him in 2011 for taking a stand against the anti-blasphemy laws and for his support for the Christian Pakistani woman Asia Bibi, sentenced to death for blasphemy. Mumtaz Qadri was considered by many in Pakistan to be a Muslim hero. Even lawyers chanted slogans in his favour when he entered the courtroom.

However, Saïf ul-Malook pleaded for his conviction and Mumtaz Qadri was sentenced to death in 2011 and hanged in 2016, after exhausting all appeals. His conviction triggered mass protests in the country.

While no lawyer wanted to get close to Asia Bibi’s case, an emblematic international case, lawyer Saïf ul-Malook decided to defend her in Pakistani courts. He thus saved her, in 2019, from a hanging for blasphemy. Asia Bibi, who has been held in preventive detention for nearly 10 years, was finally allowed to leave Pakistan and arrived in Canada on May 8, 2019.

When he obtained Asia Bibi’s acquittal, protests took place across the country. He became the target of threats from religious extremists. He went into exile in the Netherlands in November 2018 after violent protests against the Pakistani Supreme Court’s decision to overturn Asia Bibi’s death sentence.  He had become the number one target of fundamentalists.

Notwithstanding the granting of refugee status by the Dutch authorities, Saïf ul-Malook returned to Islamabad on 26 January 2019 to defend Asia Bibi as she faced a final appeal against the Supreme Court’s decision.

He is currently defending a couple (Shagufta Kousar and Shafqat Masih) accused of sending blasphemous text messages to a Muslim man. They have been sentenced to death in the High Court of Lahore.

On the occasion of the World Day of the Endangered Lawyer in January 2020, he called for the support of the international community. He said he felt particularly isolated, receiving no support from his Pakistani colleagues, bar associations or the government. The lawyer has not yet received any international human rights awards to date.

“I would like to receive an international award for the defence of human rights. It would encourage other lawyers to follow in my paths. Official recognition would change things, the government would be under pressure, it would ensure my safety, and maybe little by little the law could change,” he said at the occasion of the World Day’s conference at the Paris Bar.

Information on the situation of lawyers in Pakistan