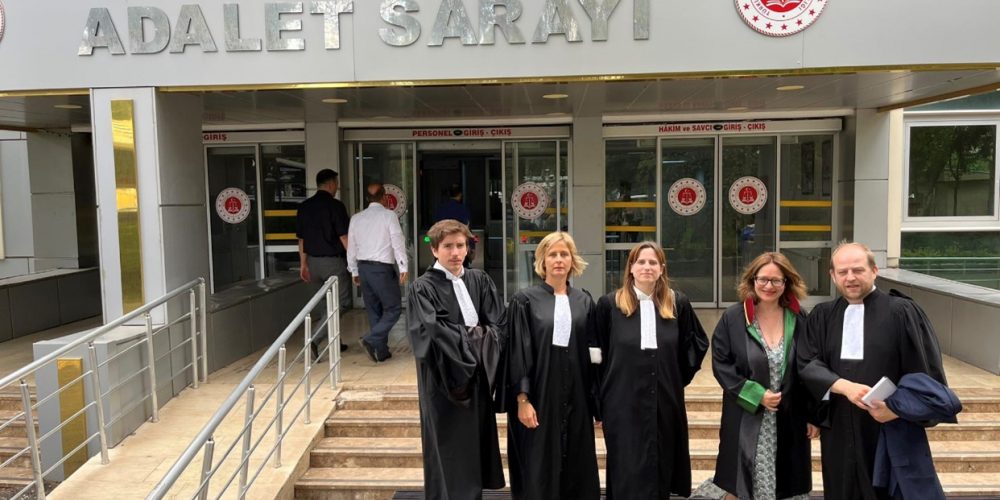 On 15 June 2022, a delegation from OIAD, the Geneva Bar Association and secretaries of the Paris Bar Conference attended the 5th hearing of the defendants in the Barrister Tahir Elçi assassination case.

Tahi Elçi was elected as the President of the Diyarbakir Bar Association in 2012 and had been working with national, international and non-governmental organisations especially on the the Kurdish resolution process (peace process) in Turkey and promoting the rights of the people in the Kurdish region, mainly in Diyarbakır.

On 28 November 2015, Tahir Elçi was shot dead while holding a press conference he had organised at the «four-legged minaret» in Diyarbakır to denounce the serious human rights violations committed during the curfews in Cizre, Sur, Silopi and Nusaybin, and to make a public appeal for the protection of cultural property and heritage during the conflict.

«This is an assassination plot against Tahir Elçi. The target is clear, it is Turkey. The second possibility is that, following the terrorists’ attack, our police officers fired shots in order to protect the population there and Tahir Elçi was caught in the crossfire. There will be no unsolved murders during our mandate.

However, the investigation has been bogged down for years, which is why the repeated requests for investigation and communication from the lawyers of the Diyarbakir Bar Association, who are parties to the proceedings, are essential for the judgment of this case.

At the end of the hearing on 15 June 2022, and in the presence of numerous international delegations, the Court deliberated on the applications submitted by the lawyers:

At the end of September 2022, the Diyarbakir Court suddenly informed the parties that, following a request by the Prosecutor, the hearing of former Prime Minister Ahmet Davutoğlu had been cancelled on the grounds that it would not contribute to the determination of the facts as it stood.

The President of the Diyarbakir Bar Association then requested the recusal of the presiding judge of the competent.

Observers note that the parties were not heard prior to the Court’s reversal and are concerned about the conducting of the 23 November 2022 hearing.

The observers demand a fair trial upholding the rights of the parties and the adversarial principle.

Read the press statement in turkish.