AFGHANISTAN: Press release of the Observatory 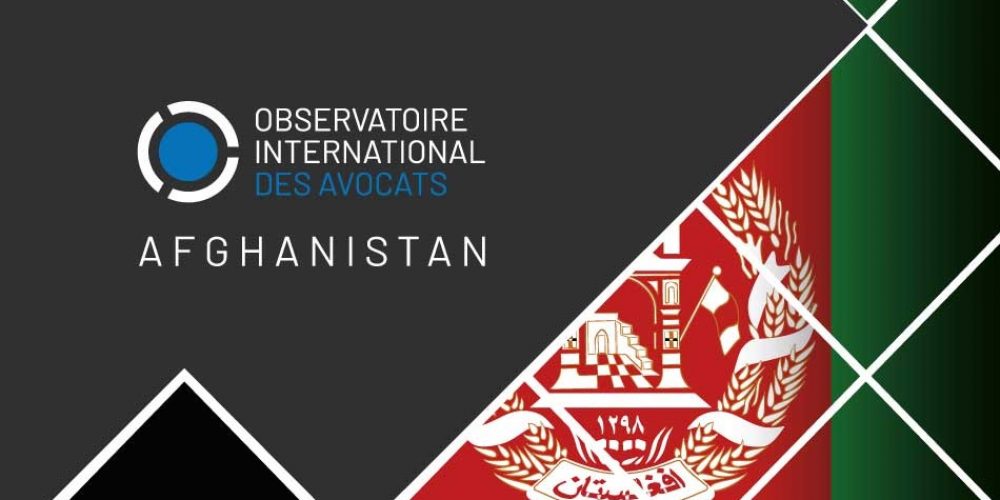 The precipitous fall of Kabul to the Taliban on 15 August 2021 and the re-establishment of the Taliban government put an end to 20 years of social development and rule of law building. This has resulted in the flight of thousands of people from Afghanistan, including many lawyers, judges and prosecutors.  Many of them are now in Pakistan, Iran or the United Arab Emirates waiting to find a host country. Their living conditions are particularly difficult and the waiting times for their visa applications to be processed are getting longer and longer.

One of the first decisions of the new Taliban Ministry of Justice was to require all Afghan lawyers to obtain a licence issued by the Ministry in order to continue practising. On 23 November 2021, a group of armed Taliban took control of the Afghanistan Independent Bar Association (AIBA) on behalf of the government. This gave the Taliban access to the AIBA’s database, which includes detailed personal information on lawyers’ families and clients, putting these lawyers at serious risk of retaliation.

The International Observatory for Lawyers in Danger (OIAD for its French acronym) is launching a support and advocacy campaign to demonstrate its commitment to continue supporting an independent bar in Afghanistan and our Afghan colleagues whether they are in Afghanistan or in exile.

The Observatory strongly condemns all measures of reprisals and harassment against Afghan lawyers in exercising their profession and calls on the authorities of the States approached in the context of visa applications to take into account the reality of the threats to which they are subjected.

Read the press release in pdf.

Read the press release in dari.

The Observatory invites you to consult its brochure on the situation of lawyers in Afghanistan, available in English, French, Spanish, Italian, German and Dari. Do not miss the video testimonies of Afghan lawyers: Hakima Alizada, Rohullah Qarizada and other colleagues who do not wish to reveal their identity for security reasons.

The International Observatory for Lawyers in Danger (OIAD) is an initiative of the French National Bar Council, the Consiglio Nazionale Forense, the Consejo General de la Abogacía Española and the Paris Bar. Launched in 2016, its aim to defend lawyers threatened in exercising their profession and to denounce situations that violate the rights of the defence.