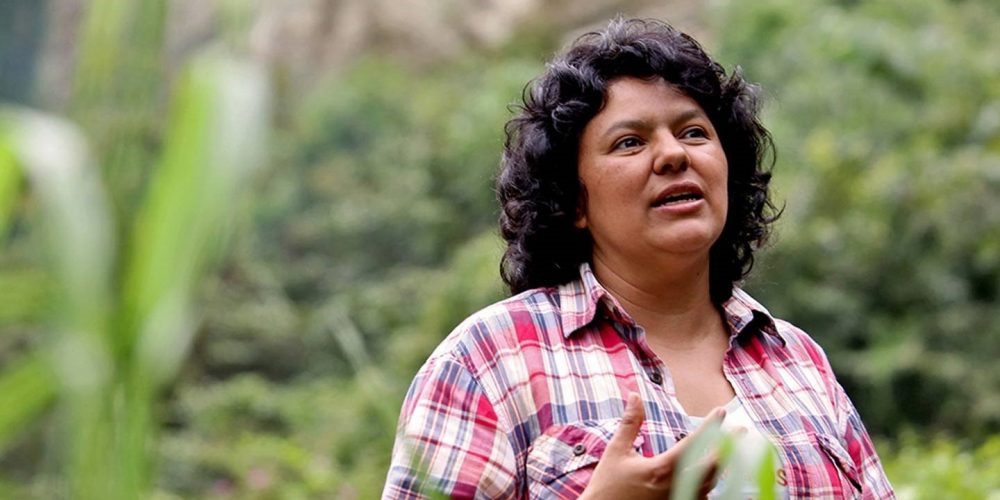 David Castillo, one of the directors of the Honduran electricity company DESA, was found guilty on Monday 5 July of being the mastermind of the murder of environmentalist leader Berta Cáceres. The sentencing hearing is scheduled for 3 August, when the sentence will be announced.

Berta’s family and legal representatives have described the ruling as “a historic step in the fight against impunity for crimes committed against human rights defenders”, as it is the first time that the director of one of the companies involved in this type of crime has been convicted of being the mastermind.

The judges based their decision on the information gathered from the mobile devices, which allowed them to establish the plan to assassinate Cáceres and put an end to the opposition she represented to the hydroelectric construction project on the Gualcarque River.

In addition, the legal team stressed that the evidence gathered in this process would be used to demonstrate the involvement of more powerful actors such as the Atala Zablah family, owners of the company who has important political connections. The prosecutor’s office has assured that it is working on this investigation.

The International Observatory for Lawyers in Danger has been participating since 2018 in observation missions of the trial for the assassination of the leader Lenca. The OIAD first became involved in the case by assisting the threatened lawyer Victor Fernández, who represents the family and COPINH, victims of Berta Cáceres’ murder. The OIAD issued an alert on the risk situation of this lawyer.

The observation of the trial for the murder of Berta Cáceres was made at the express request of Victor Fernandez. The mission’s position has always been to denounce the irregularities that have occurred throughout the process and has observed with concern how, in recent months, external interference in the process has taken on a predominant role.

The European Union (EU) delegation to Honduras also congratulated the Honduran judiciary on the ruling. For its part, COPINH, the organisation of the Lenca indigenous people, to whom Cáceres belonged, celebrated the ruling, as “this means a popular victory not only for COPINH, the Lenca people and the family of Berta Cáceres,” as it posted on its Twitter account.

We must salute the work of Víctor Fernández as a lawyer as well as the work of his team, who managed, despite all the pressure that this type of case involves in the region, to maintain a constant legal battle until this important step was taken.

Laura Zúniga, winner of the 2019 CGAE Human Rights Award, is part of COPINH, which is headed by her mother, who has stated that she will not rest until the rest of the intellectual perpetrators of Berta’s murder are convicted.

Cáceres was murdered on 3 March 2016 at her home in La Esperanza, after years of receiving death threats for her campaign to prevent the construction of the Agua Zarca dam, an infrastructure that, if built, would destroy indigenous forests and territories.

Read the full transcription of the verdict here