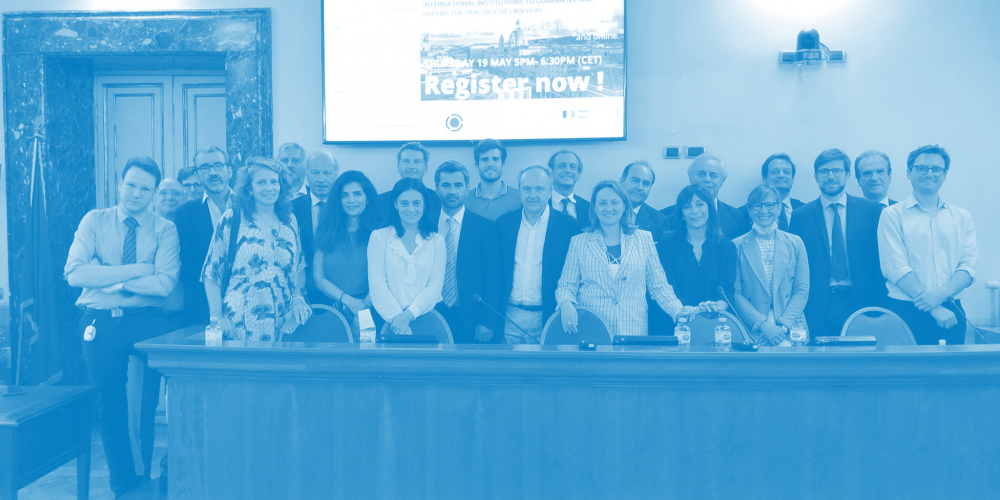 After two years of working remotely, on 20 May 2022 the International Observatory for Lawyers at Risk finally convened in Rome for its annual General Assembly. Members of the Observatory were able to participate in person or online in the meeting as well as in an open conference organised the day before to make the work of the OIAD more visible.

On Thursday 19 May, the conference on the role of lawyers in the construction of the rule of law was held. Maria Masi, President of the Consiglio Nationale Forense, welcomed the participants and praised the work of the Observatory. Francesco Caia, President of the International Observatory for Lawyers in Danger, introduced the conference by stating that “The best way to exert effective pressure on governments and authorities is to multiply debates and meetings, involving citizens; to publicise the facts and circumstances that lead to the erosion of the rule of law in many countries of the world, telling the stories, the intimidation, the unjust arrests, the arbitrary convictions and, unfortunately, in the most serious cases, the violence and murders of lawyers. “

David Ermini, vice-president of the Italian Superior Council of the Magistracy, underlined the existence of serious violations of the independence of justice and the freedom of lawyers. These occur not only in dictatorships but also in states like Hungary and Poland where the government does not respect the separation of powers. This is why rights and freedoms can never be taken for granted, even where democracy is strongest, and these values must always be defended.

Once again, Mr. Diego García Sayán, Special Rapporteur on the independence of judges and lawyers, has honoured us by sharing a few words with us via video, pointing out that “there is currently in all regions of the world a persistent attitude aimed at hindering the exercise of the legal profession in various ways, which is a way of affecting the functioning of the judicial system and the rule of law”.  The rapporteur will present his report on “Protection of lawyers against undue interference in the free and independent exercise of their profession” at the fifth session of the Human Rights Council from 13 June to 8 July.

Two lawyers shared their testimony on the essential work of the institutions in protecting threatened lawyers. Çiğdem Geçimli, an exiled Turkish lawyer, testified: “the economic and legal support I received from the Observatory for Lawyers in Danger was probably the first step to start my life here again. “. Colombian lawyer Reinaldo Villalba stated that “for 40 years, the lawyers of CAJAR and their families have been victims of persecution by the Colombian State, for which it is currently being held accountable before the Inter-American Court of Human Rights. We thank the Observatory for its support to the Colombian lawyers.”

Laurence Roques (CNB) and Massimo Audisio (Milan Bar Association), members of the Observatory’s Bureau, stated that the project to draw up a European Convention on the protection of the legal profession is essential.  Despite the existence of the Havana Principles, the independence of lawyers can only be effective if it is guaranteed by a tool. Massimo participated in the first meeting of the Committee at the Council of Europe as an observer.

General Assembly of the International Observatory for Lawyers in Danger 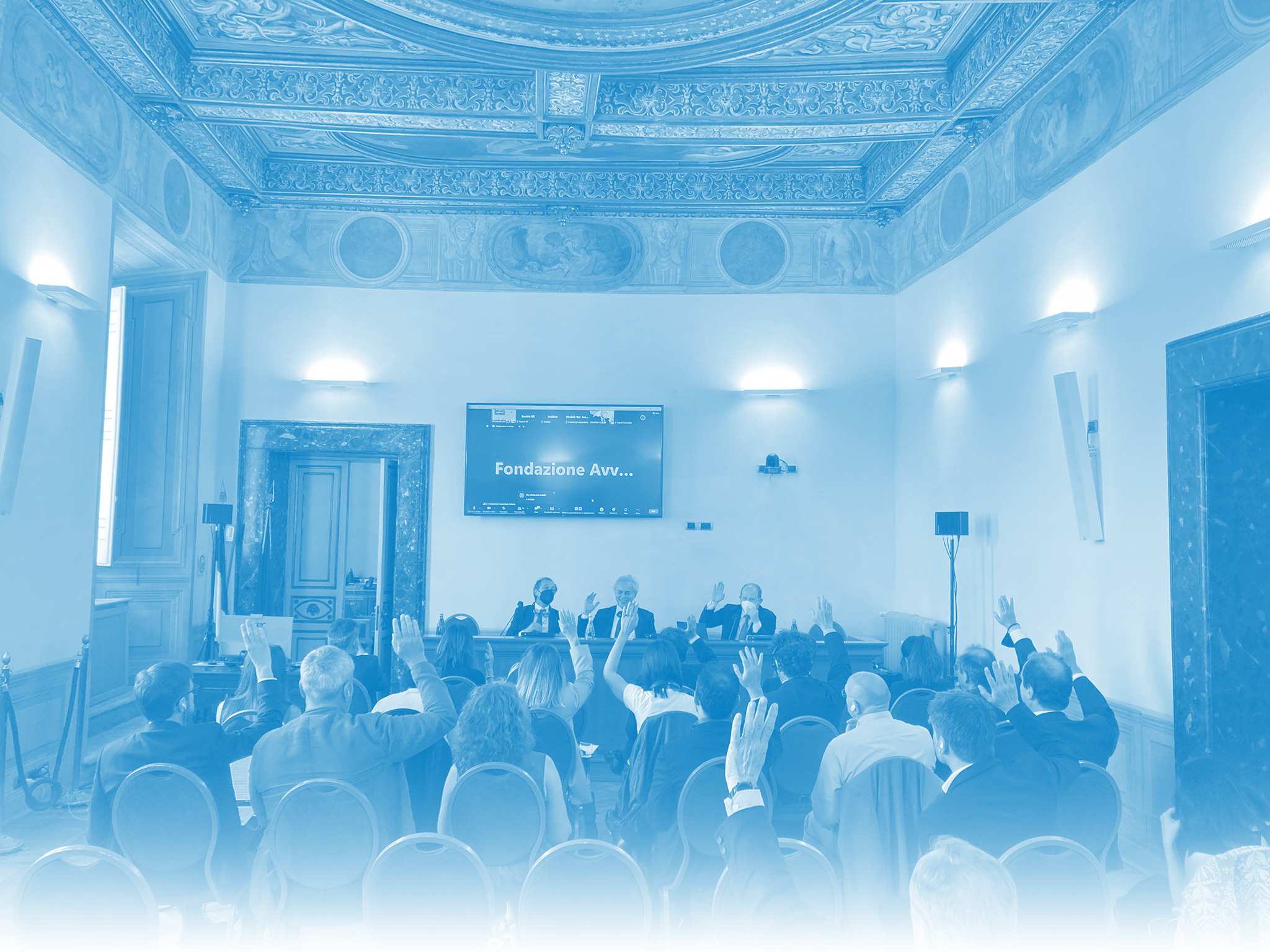 On 20 May 2022, at the General Assembly, the members of the Bureau presented the activity report for 2021/22 and the financial report for 2021, which were validated. Edmond-Claude Frety stated that “in terms of income, the Observatory is still entirely financed by its members. Almost all the membership fees have been paid. We thank all our members who continue to trust the Observatory to fulfil its mission of promoting the rule of law and protecting defence in the world. “

As a guest of honour, the President of the Diyarbakir Bar Association, Nahit Eren, gave a speech on the dangerous situation of lawyers in Turkey.

Finally, the assembly was also the time for the handover of the presidency. President Francesco Caia, after thanking all parties present, gave way to the mandate of the Conseil National des Barreaux who will preside over the Observatory for the year 2022/2023. The new President Gavaudan stated that it was essential to maintain the work of the Observatory and presented the strategic report 2022/23.

The workshops organised after the assembly allowed IADO members to exchange and discuss IADO’s communication, the management of major contemporary crises and the work and organisation of field missions. Alfredo Irujo, who participated in the workshop “responses to contemporary crises”, explained l’initiative lancée par le Conseil National des Barreaux Espagnol (CGAE) to collect evidence of war crimes committed by Russia in Ukraine.

The Observatory warmly thanks the Consiglio Nazionale Forense for hosting the Observatory. We would also like to thank Nahit Eren, President of the Diyarbakir Bar Association, who did us the honour of sharing with us his experience of the profession in Turkey. Finally, we would like to thank all our member bars who came to the event and without whom the defence of the defence would not be possible.