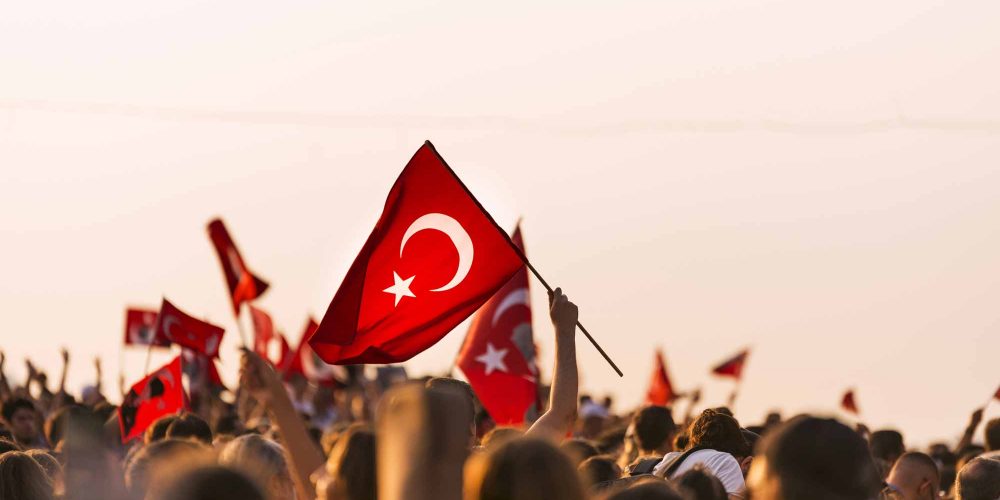 On September 11th, 2020, 48 lawyers, 7 student lawyers, 3 judges, 1 court auditor and a lawyer were arrested and accused of “belonging to a terrorist organisation” in Ankara province. Searches were carried out in homes and in 24 different law firms with the mobilisation of nearly 2000 police officers.

The arrests were made in violation of the rules in force in Turkey. One should note the absence of the President of the Bar Association’s representatives during the searches carried out at 5.30 a.m., but with the press mobilised by the police.  Moreover, the lawyers appointed were unable to defend their colleagues, as the public prosecutor’s office imposed lawyers at its convenience. In these circumstances, on 16 September 2020, police custody was extended for 8 days. A lawyer who is 8 months pregnant and another who has just had a child – even though Turkish law prohibits their detention – remain in prison.

The arrests came a few days after President Erdogan’s speech at the opening ceremony of the new judicial year in which he said “those who act as lawyers of terrorists may not act as terrorists themselves. If they do so, there must be a price to pay”. These remarks, however, come in a climate of particular hostility towards lawyers, who have been threatened, prosecuted, harassed and imprisoned for many years in Turkey.

The OIAD once again strongly deplores the criminalisation of the legal profession in Turkey.

The OIAD expresses its deep indignation at this new mass arrest campaign.

The OIAD wishes to remind the Turkish authorities that under the United Nations Basic Principles on the Role of Lawyers (1990) :

“Lawyers shall not be identified with their clients or their clients’ causes as a result of discharging their functions” (Principle 18).

“Governments shall ensure that lawyers (a) are able to perform all of their professional functions without intimidation, hindrance, harassment or improper interference […]” (Principle 16).

Therefore, the OIAD urges the Turkish authorities to release and drop the charges against, especially, our arrested colleagues.