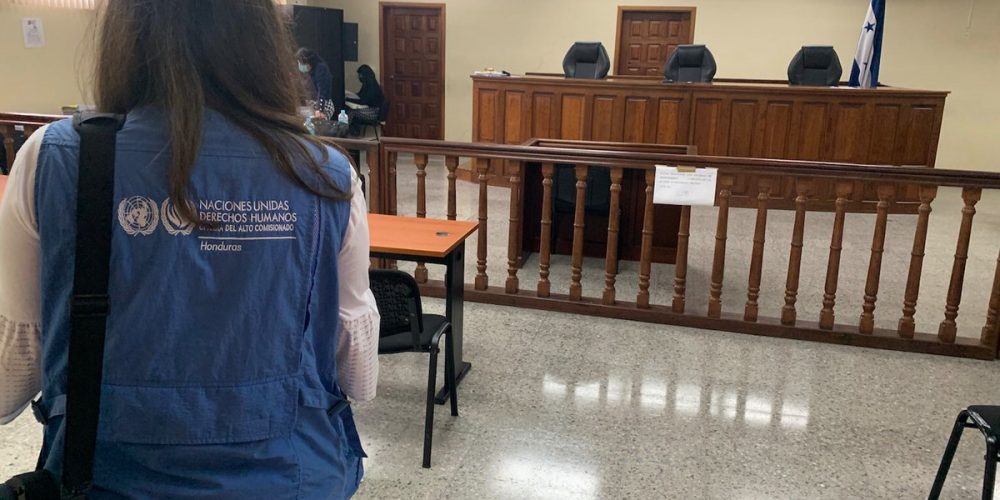 The trial of Roberto David Castillo Mejía in the Berta Cáceres case began on April 6, 2021. The Expert Observation Mission (in which the International Observatory of Endangered Lawyers (OIAD) took part) has monitored the entire case and is currently supervising the trial.

The president of the OIAD and of the General Council of Spanish Lawyers, Victoria Ortega, has dedicated a few words of support to the legal team of the victims in the trial and has wished that the process takes place with all the legal guarantees.

Berta Isabel Cáceres Flores, the general coordinator of the Civic Council of Popular and Indigenous Organisations of Honduras (COPINH), was assassinated on March 2, 2016 for her active opposition to the “Agua Zarca”. The latter is an hydroelectric project built by the DESA company on the territory of the Lenca indigenous in southwestern Honduras.

L’OIAD was initially involved in the case though its’ support to Víctor Fernández (a threatened lawyer), COPINH’s legal representative who took on the representation in court of the leader’s family and to COPINH as a victim of Berta Cáceres’ assassination.

In 2018, seven people were sentenced as co-authors in the murder of Berta Cáceres. The OIAD carried out a judicial observation mission whose report is available here.

This week begins the trial of Roberto David Castillo Mejía. He is the former manager of the DESA company and is accused of being the mastermind of the murder of the Honduran leader. Although the court initially allowed international and national observers to enter the courtroom, it later denied them access to observe the trial in person. Additionally, it denied access to Laura Zúñiga, Berta Cáceres’s daughter, despite her status of victim and party to the proceedings.

The hearing is broadcasted publicly via Facebook, although the audio and video quality is very poor. Such conditions limit the publicity of the opened hearings and, therefore, negatively impacts the effective exercise of judicial observation.

The observation mission continues to fulfill its role and will continue to report on its website.

The OIAD calls on the judiciary and the Honduran state to respect the guarantees of due process, effective judicial protection and the protection of the parties in the process.