Belarus : OIAD denounces and condemns the harassment of lawyers 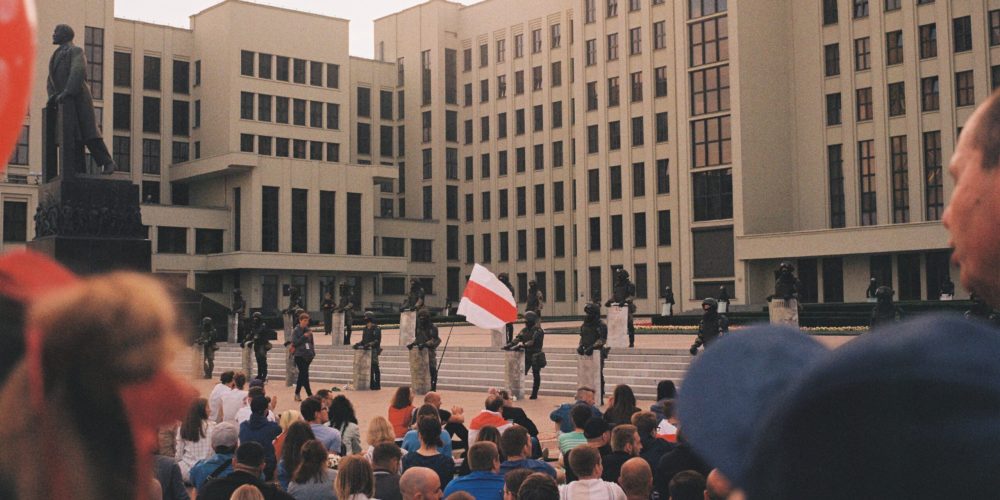 Alexander Lukashenko’s election for a sixth term in August 2020, after being in power for 26 years, has raised a wave of protests and demonstrations in Belarus. Indeed, his 80% election victory raised serious doubts as to the legality of the election. Consequently, the climate of tension that prevails since the election between the demonstrators and opponents of the regime on the one hand and government forces on the other has increasingly worsened lawyers’ working conditions.

Lawyers who provide legal assistance to anti-government protesters are being threatened with arrest, license suspension and even disbarment. According to the International Federation for Human Rights (FIDH), since the summer of 2020, more than 23 lawyers have been disbarred. The justifications for these disbarments are often debated.

For example, the Belarusian lawyer Mikhail Kirilyuk, who provided legal representation to a protester, was threatened and had his license revoked for making “rude comments” and “unacceptable public statements” about government officials.

More recently, on 6 September 2021, the lawyer Maksim Znak was sentenced to 10 years in prison for “plotting to seize power by unconstitutional means”, “creating and leading an extremist group”, and “calling for actions undermining national security” on the media. He had been providing legal representation to Sviatlana Tsikhanouskaya, Alexander Lukacenko’s main competitor in the 2020 presidential election and was also a supporter of Viktor Babariko, a former candidate who had a large number of voting intentions before being arrested for “financial offences”. The conviction was widely denounced by international actors, such as the President of the European Parliament, David Sassoli, who said: “We condemn the verdict against Belarusian activists Maria Kolesnikova and Maxim Znak. Defending freedom and democracy will never be a crime! Parliament calls for their immediate release and will continue to support the opposition in Belarus.” [1]

The situation is getting critical since Alexander Lukahenko approved a new law last June which states, among other things, that only candidates approved by the Ministry of Justice will be able to practice law. This amounts to government control over the legal profession. Until now, all candidates had to pass the bar exam before becoming a lawyer. Under the new law, the Ministry of Justice will coordinate the composition of bar associations and require only a three-month internship and an oral examination for members of the police or other investigative agencies, if they are appointed by their respective institutions. For the current Belarusian Minister of Justice, Oleg Slizhevsky, the aim of this new law, which will come into force at the end of this year, is “to raise the quality of legal professionals and improve their advocacy. [2]

The profession of lawyer in Belarus is therefore more than ever under threat. In addition to the persecution suffered by lawyers currently practising, their assimilation to their clients, the threats, arrests, suspension of licences and arbitrary disbarment that they may face in the course of their employment, the government will now be able to exercise direct control over access to the profession, by favouring access to members of the police force.

It is crucial to recall that the protection of the free and independent practice of the legal profession is a defining characteristic of an effective rule of law.

OIAD strongly condemns government interference in the Belarusian legal profession and is deeply concerned about the pressure on lawyers.

The OIAD urges the Government of Belarus to respect the guarantees relating to the legal profession, in accordance with the United Nations Basic Principles on the Role of Lawyers (1990):

“Governments shall ensure that lawyers are able to perform all of their professional functions without intimidation, hindrance, harassment or improper interference; (…) shall not suffer, or be threatened with, prosecution or administrative, economic or other sanctions for any action taken in accordance with recognized professional duties, standards and ethics.” (Principle 16).

” Where the security of lawyers is threatened as a result of discharging their functions, they shall be adequately safeguarded by the authorities.” (Principle 17).

“ Lawyers shall not be identified with their clients or their clients’ causes as a result of discharging their functions.” (Principle 18).

” Lawyers shall enjoy civil and penal immunity for relevant statements made in good faith in written or oral pleadings or in their professional appearances before a court, tribunal or other legal or administrative authority.” (Principle 20).